A 3-seed sample pack will automatically be included with the purchase of every regular 13-seed pack ordered.

HOW DOES IT WORK? 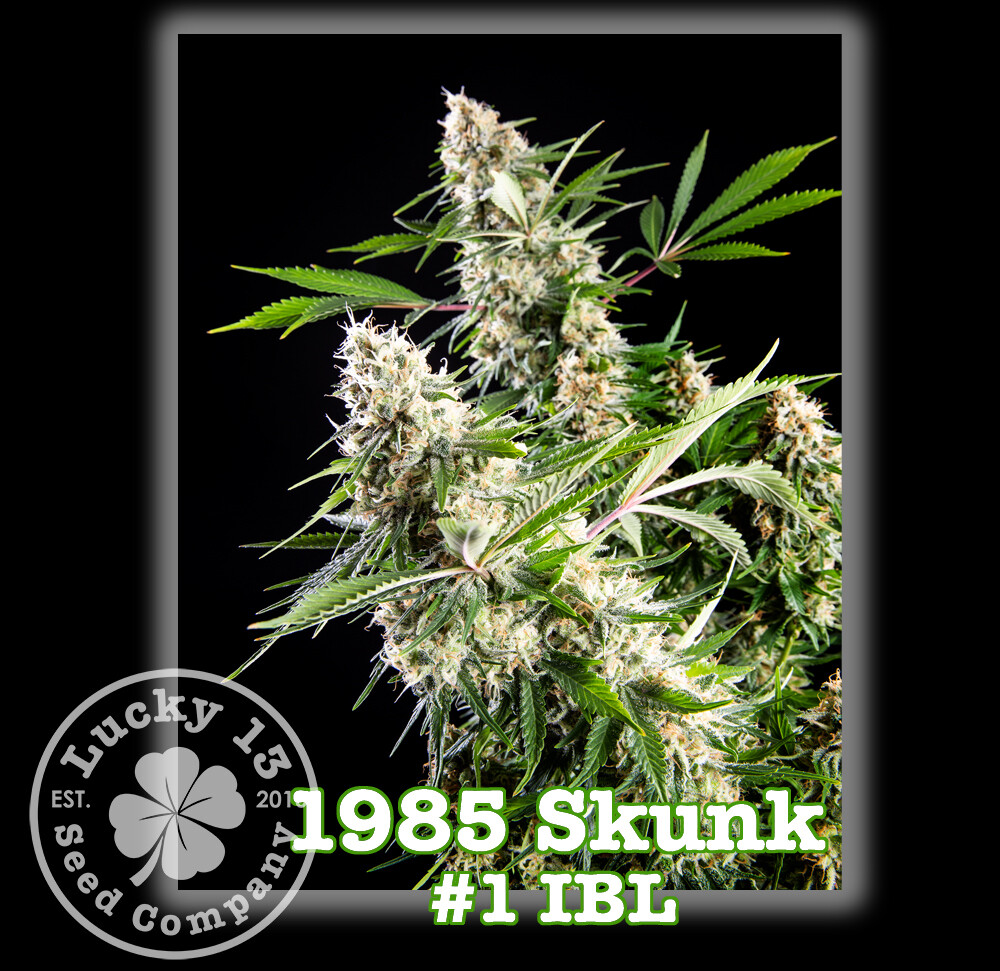 More Information: Dipping into the seed vault, we combined two different vintage 80’s Skunk #1 lines into one. The male used in this cross comes from 80’s Super Sativa Seed Club stock that had been inbred and preserved over multiple generations by a collector friend. We obtained the seeds from him in rather rough condition, and while many did not germinate, an excellent selection of males and females did pull through and an outstanding pollen donor was selected.

The female chosen for this IBL came from a batch of, what we believe to be, extremely early Sensi Seeds stock that we received in a trade many years ago. There is a chance this line could actually be even older stock derived from Sacred Seeds genetics, since the envelope these seeds were stored in were simply labeled “1985 SS Skunk”. We do know that the original seeds were obtained by a gentleman who lived in Holland in the 80s before moving back to California with his collection of seeds which he then meticulously inbred. While we attempted to reach out and gain more information on the pedigree from the source, we have not been able to re-establish contact.
What is certain is that the mother chosen for this project is one of the finest Skunk #1 specimens we’ve ever seen. Growth rate was explosive and easily two to three times as rapid as any of the other plants from the same batch of seed. As expected, yields were equally impressive and with a bud density and resin production not typically seen in cultivars of this vintage.
The offspring of these two classic Skunk #1 lines open pandoras box of phenotypes. We’ve found everything from the sweet and citrusy California skunk, to the funky cheese phenos, to earthy oiled leather, and of course the infamous skunk.
Structure is very uniform, with the classic towering single cola with long satellite limbs that orbit the main bud when grown naturally and un-topped. Flowering time is a typical 8 weeks, although for a much more heady experience you may choose to chop earlier. Yields and resin production are much improved over the Skunk #1 of yesteryear, and with potency coming in at 23%, this old skunk definitely has some new tricks.
Save this product for later
Display prices in: CAD